Previous Next
Rotating the Feathers

From the previous “Turkey” post, here is the secret to the feather animation. 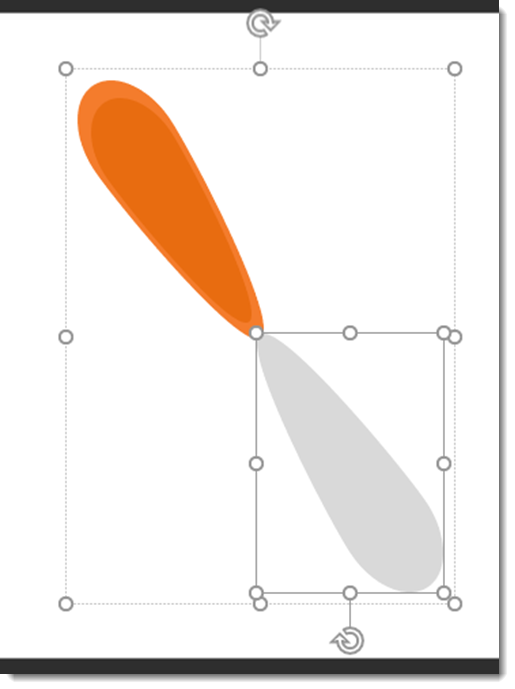 Morph moves everything based on the object center.  To accomplish the tail feathers fanning out and looking natural, each tail feather needed to have a ‘ghost’ feather added to create a center point that is at the end of the visible feather.

In the above image, the orange feather (really two shapes grouped to make the feather design) is what is seen in the illustration. I duplicated the lighter color orange, which is the larger feather element. Then flipped it and positioned to be a mirror image. Then group all 3 elements. The end of the orange feather is now the center point of the object. The final step is selecting what is grey in the above image and changing it to no fill (eg. transparent).