Fonts You Can and Can’t Use in PowerPoint

Previous Next
Fonts You Can and Can’t Use in PowerPoint

With the millions of designs available, fonts have the ability to make text display anywhere from serious to fun. 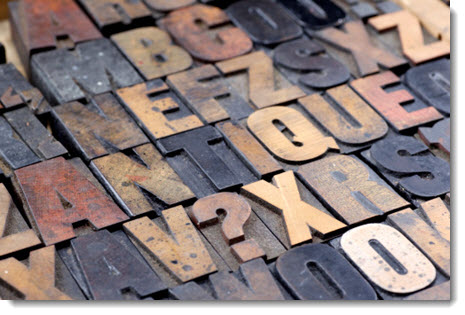 Fonts are separate files that must be installed on each device the custom font is needed. There are Microsoft Fonts, Adobe Creative Cloud Typekit, Google Web Fonts, custom fonts from Font Foundries and websites everywhere – but what is a presentation to use? When selecting fonts, you are selecting physical files. 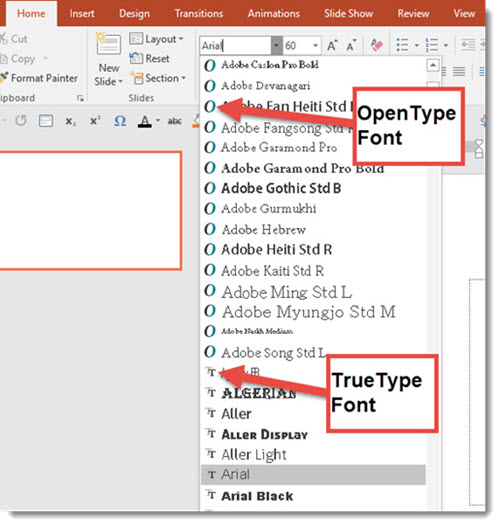 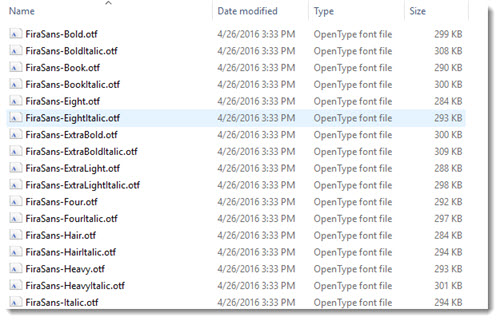 In the history of digital fonts, OpenType is the newest format, with applications adopting its use around the 2,000’s. The extension for OpenType fonts is .OTF and in PowerPoint’s drop down font list, OTF fonts are identified by a large “O” icon. One advantage of OpenType fonts over others is the font file format provides more typographic design options which means more symbols/glyphs/language support/display options. The greater display options (OpenType does not have one display method, but the ability to use legacy display standards and new display standards) mean it is the font file format of choice for newer devices and OS’s – think mobile everything.

Fun Fact: OpenType is a registered trademark of Microsoft, and was developed because Microsoft was unable to license Mac’s “GX Typography” system. Microsoft and Adobe partnered to develop OpenType. Get the full history of OpenType development at this wiki page. 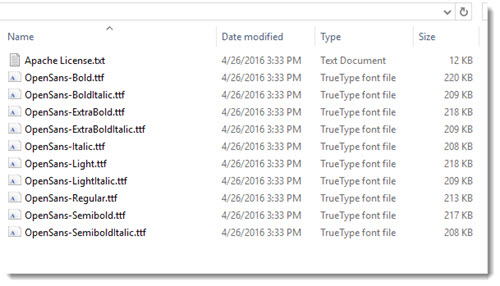 TrueType is still the most common font file type. The extension for TrueType is .TTF and in the PowerPoint font drop down, TrueType fonts are identified with a “TT” icon. True Type is older (than OpenType), a bit less robust when it comes to designing and displaying fonts, but it is the dominant font format used – partially because it is less expensive to license.

Fun Fact: Apple was the first to use TrueType in its 1991 OS with 4 fonts (Times Roman, Helvetica, Courier, Pi), which is originally licensed to Microsoft for free. Full history of TrueType development at this Wiki page.

The last font file format for this discussion is our oldest digital font format, which is the most complex. PostScript fonts are actually 2 files. One is for the onscreen display and the other is used for printing where it literally outlines every letter and symbol sent to the printer. The extension is .PS, and PowerPoint does not support PostScript fonts – so we do not see them in the font drop down menu, even if they are installed on the computer. What makes PostScript fonts important for today’s presentations is PostScript fonts were the first font technology to use mathematical computation to dynamically redraw fonts with vector Bezier curve to allow fonts to be any size. PostScript fonts were also the first to contain multiple character sets (ie. multiple languages).

Fun Fact 1: I remember working with PostScript fonts as the only solution for high quality graphic design and typographic work – and spending huge amounts to buy a custom font for projects.

Fun Fact 2: Printers used to be “PostScript-Ready,” meaning the printer actually had PostScript processing built into it.

Fun Fact 3: Adobe developed Type 1 and Type 3 fonts, which are PostScript file types, back in 1984! There was an earlier Type 0 before those, and development with Type 3-4-5-up to 42 (which was introduced in 2010). Full history of PostScript development at this Wiki page.