Office 365 subscription users have a new feature in PowerPoint called Morph, which was automatically added* (and you may not even know it is there). There is a long list of animation requests, but this feature is a slide transition that creates animation visuals, all without looking at the animation tab. Here is an example animation that took less than 3 minutes to create.

The process is easy. If you have used Mac Keynote’s Magic Move, the concept is similar – but PowerPoint’s Morph has a few distinctions. Slide setup is easy. For this sample, I added an arrow to the first slide, duplicated that slide and moved the arrow to a new position. Then, I duplicated that slide and re-positioned the arrow, flipped it, and recolored it. Finally, I duplicated the slide 1 last time and added in a collection of additional arrows. No animation. 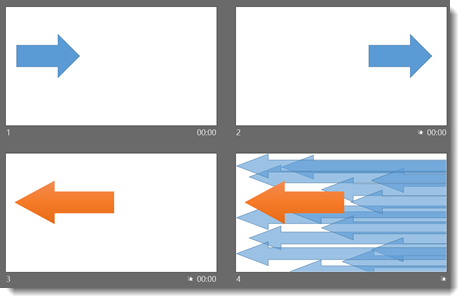 Again, all of this motion is achieved with no animation! 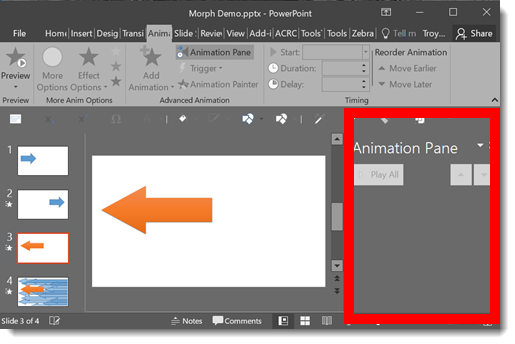 *Morph is available as of this post to Office 365 subscription users that has opted in for the Insiders Program (basically Microsoft’s Beta release program).