Our very creative design team took this week’s highly collaborative challenge and turned it into something incredible! Not only did they communicate and collaborate efficiently and effectively, but they took the idea of a bar chart to a new dimension (or perspective)!

The TLC Creative design team kicked off the project with a group call using a Teams’ video meeting. The discussion was focused on ideas of what they wanted the result to visually be, how to divide the tasks, and assign roles and responsibilities. They used the Posts tab in the designated channel to post a recap of what was covered on the call for those that couldn’t make it: 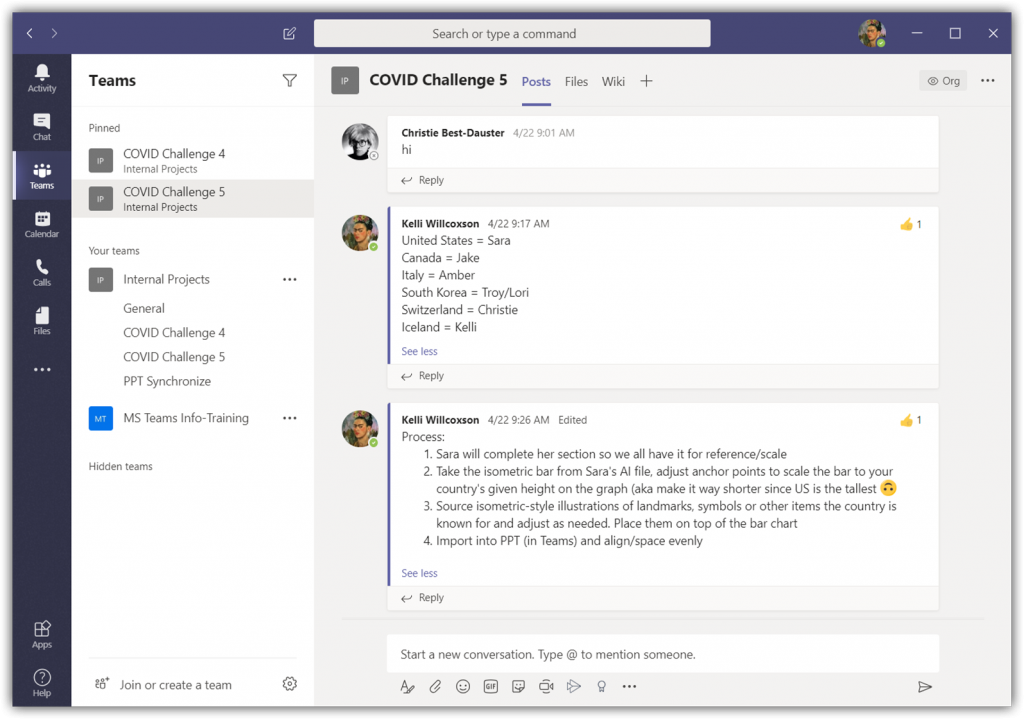 The design team decided to maintain the bar chart concept, but with a more decorative and visual styling. Color scheme identified, perspective agreed upon, and graphic style to represent each country established. Each team member created their assigned country’s artwork and data viz graph. Each was merged into the core PowerPoint file hosted in the Microsoft Team. 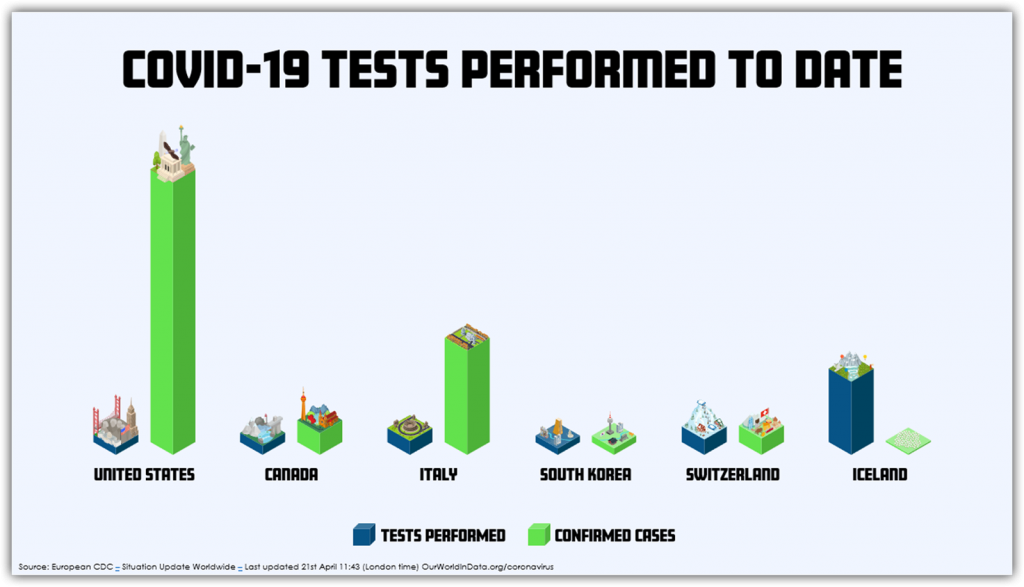 The next phase was another group collaboration meeting to discuss options for moving from good to a great visual. Here is the final team collaboration chart and slide layout: 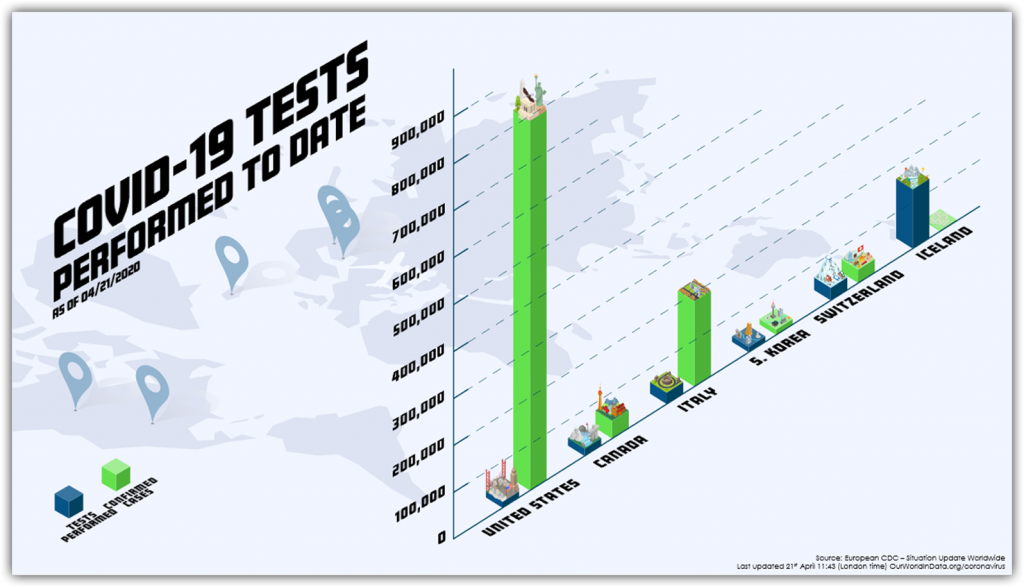 All text is editable in PowerPoint. All elements are imported .svg graphics that can be adjusted in PowerPoint. The entire process of working from a central Teams file with everyone’s edits automatically incorporated for the other designers to instantly see and work in tandem with each other was a success! Our design team did a great job on this challenge and, as a bonus, our design studio is using Microsoft Teams more than ever now for communication and collaboration! 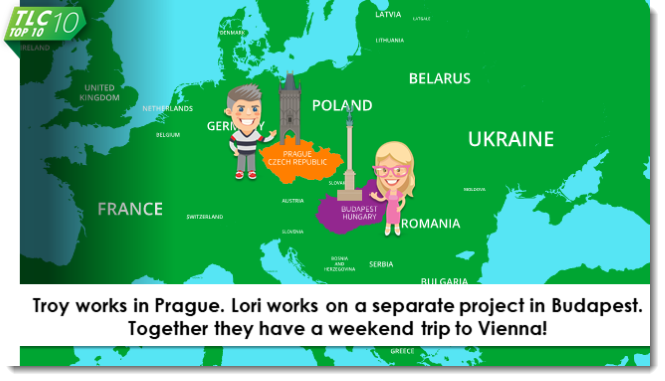 Sometimes things work together amazingly. This is a first for us – and it was great. Troy and Lori had separate shows in Europe, were able to coordinate an extended stay and enjoy a weekend in Vienna before flying back together!

Podcast recordings are always fun when it is a group gathered together (most episodes are recorded with everyone in remote locations). I have assembled a pretty robust portable studio setup for the live recordings, including 6 channel discreet recording, separate mics, each with color coded cabling and foam heads – the open bar is an optional element 🙂 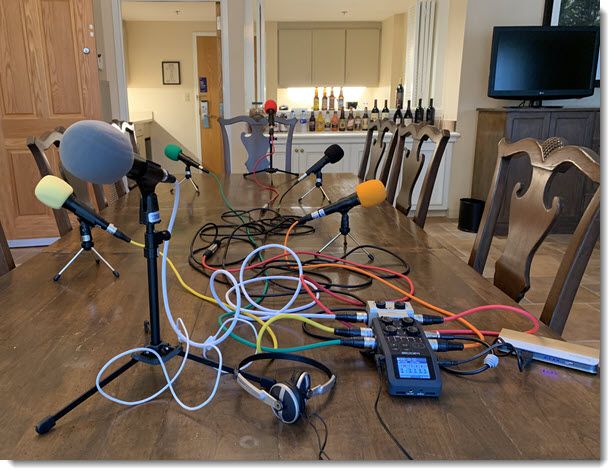 A Final Hello From San Antonio

Going through photos I found this nice one of Nolan Haims, Sandra Johnson, and myself (Troy Chollar) at the 2019 Presentation Summit from our week together in San Antonio, Texas last month. 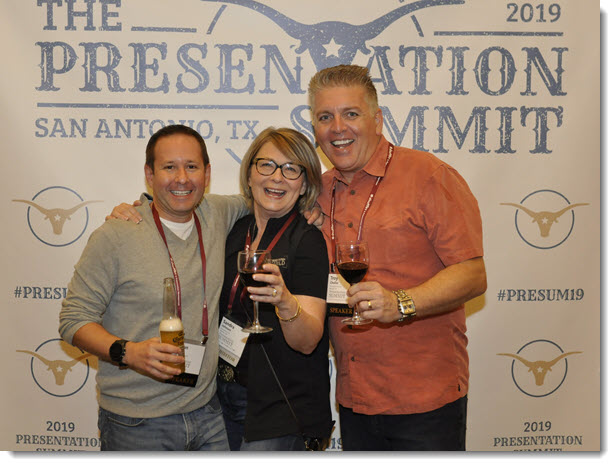 This week is San Antonio, TX at the 2019 Presentation Summit – definitely the place to be for all presentation designers! Lori wowed a full house with her talk on Collaborating with everyone on a design project. Troy had a great walk-through of PowerPoint’s Presenter View from corporate meeting use perspective – and later today is walking through how to design PowerPoint template for Ultrawide screens in his REALLY BIG session. And there is more fun to go!

The Power of Feedback – Morph and Microsoft MVPs

A recent article from Microsoft talks about PowerPoint’s Morph and how internally it continues to improve. In addition, I am often asked what it means to be awarded as an MVP from Microsoft – this article gives a nice callout to how Microsoft interacts with the PowerPoint MVP group for real-world use testing and input on features/bugs/problems/needs. I am happy to report I was part of this discussion – and yes, I had many recommendations on updates that would make Morph even better for our real-life uses 🙂 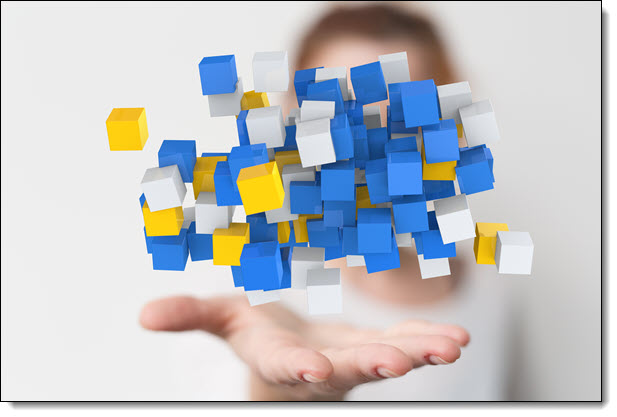 We all have our own jumble of “resources” we use for presentation design; customize PowerPoint and Keynote ribbon and QAT, favorite websites for images – video – ideas, apps for editing video – creating wordclouds – picking colors from the screen. This month the overall them is “Web Resources”. We (myself and the TLC Creative design team) are pointing out helpful websites we have found that help with design.

Used PowerPoint to create a Memorial Day video as Lori and Troy of TLC Creative Services recognize the significance of why this day is important. 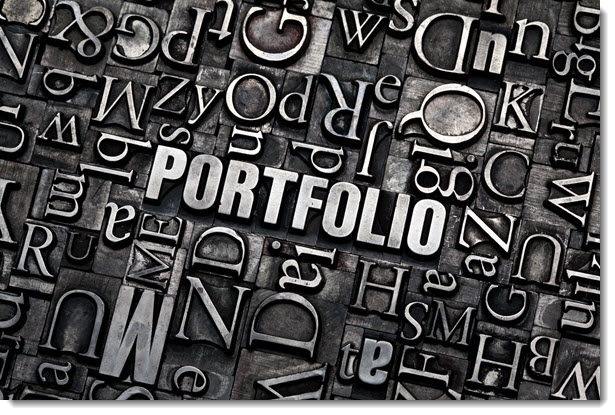 New Year and new stuff to showcase! I am taking over the January blog posts with design portfolio samples throughout the month. 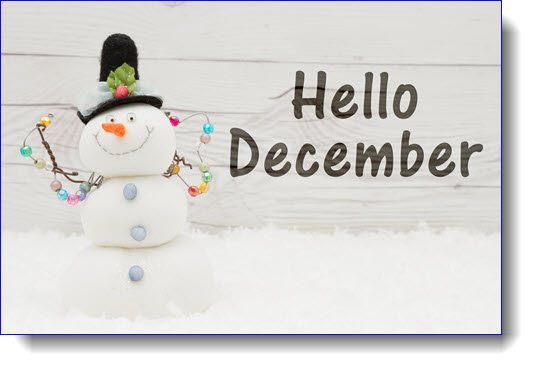 This month The PowerPoint Blog continues the TLC Creative tradition of our Top 10 for the year on our Facebook page. Here on The PowerPoint Blog we several FREE holiday themed PowerPoint downloads and our design team PowerPoint holiday animation! Over at The Presentation Podcast we first have a guest episode where we talk about presenting like there are no mistakes (a not to be missed episode for anyone that presents!), and then our annual year-in-review conversation. It is a great month to enjoy everything!